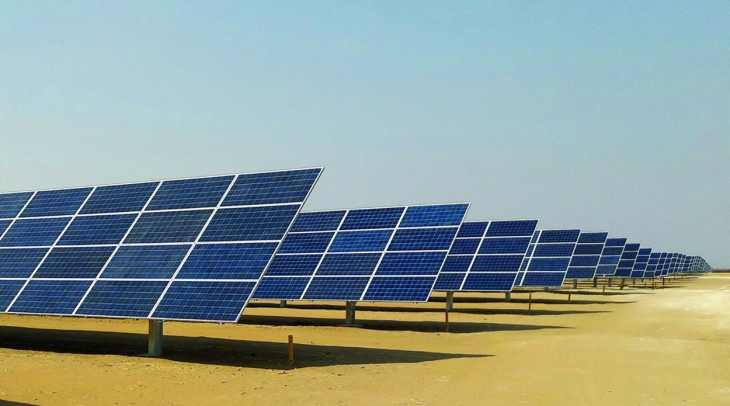 Although there is a current moratorium on solar feeding into the national grid, private sector ownership of solar generation for industrial purposes can advance the cause of industrialisation of Namibia, says DBN Head of Marketing and Corporate Communication, Jerome Mutumba.

Solar a critical need for industrialisation

To explain this, Mutumba notes that the majority of Namibia’s electricity supply is imported, and that this limits confidence of investors. Mutumba cites a report by Musa Carter in The Economist newspaper of 25 October 2017, which states that a group of unidentified investors decided against establishing manufacturing facilities in Namibia due to concerns over electricity.

Mutumba goes on to say that although we have various national development programmes and policies that give impetus to the country’ aspirations, if the critical component of electricity to power industrial processes is not available, or is priced too high, economic development predicated on industrialisation will experience a sluggish ascent.

Mutumba acknowledges that electricity tariffs need to be marked up to support development of generation capacity and infrastructure, with a view to long-term reductions in imports of electricity, but this also has to be balanced with the needs of industrialisation, which not only will address current needs of economic development, but also the needs of future generations.

The differences in tariffs across the regions obviously make countries which offer lower electricity costs and greater local generation capacity far more attractive to industrialists. If Namibia is to compete, a model has to be provided which is cost efficient for industrialists and gives them security of supply.

Mutumba advances a model in which enterprises can own their own distribution capacity in the form of renewables, particularly solar. To illustrate the model, he uses DBN-financed solar power facility Sun EQ, which provides electricity to Ohorongo Cement. The Sun EQ facility, he says, secures the supply of electricity under an offtake agreement with Ohorongo, and also gives both entities the ability to agree on rates that make Ohorongo sustainable.

In term of financing, Mutumba says that a facility of this nature may be financed over a period of 10 or more years, out of an estimated lifespan of up to 30 years. Although the repayment is required for the period of 10 or more years, this can be recovered from sales of electricity during that period, subsequent to which the cost of generation falls substantially, and the gains can be used either for growth or in anticipation of future replacement.

This model, he says, should be advanced to industrialists as a solution to Namibia’s power deficit. In terms of the model the industrialist not only profits and grows as a result of core business, but can also profit and grow from the subsidiary business of supply of electricity for operational needs.

Talking about scale, Mutumba says, the Bank is open to discussion about the scale of the plant. He suggests that if scale is a concern to a single enterprise, neighbouring enterprises may consider forming consortiums.

Although this may seem unusual, this model can already be seen in shopping centres where electricity is supplied to a spread of tenants from solar installations on roofs. There is no reason why, given a bit of thought and ingenuity, it should not be applied to industrial parks office parks and housing developments, Mutumba concludes.